Today is the first official day of the Summer Neckwear KAL with Laura Chau! Learn more about how to participate in our last blog post.

Join the KAL in the Knitter's Pride Ravelry Group. 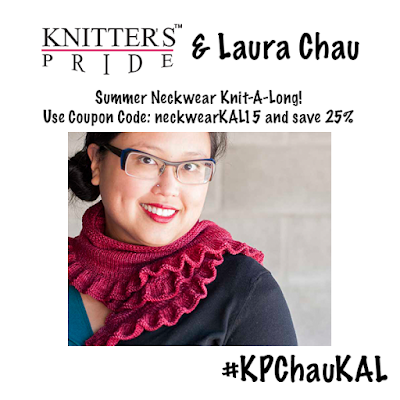 KAL Prizes
Throughout the KAL we'll be giving away lots of great Knitter's Pride Prizes. Here's a list of how and where, to win!

#4 Finish Your Project
Post a photo of your finished project by August 21, 2015 in the Ravelry KAL thread and you'll be entered to win a Eucalan Gift Pack.

Congratulations to Curlysheep, you're the lucky winner of a Knitter's Pride Nova Platina Cubics Deluxe Interchangeable Needle Set! Thanks to everyone who participated, and we hope you'll join us in the Ravelry group for the KAL!

Posted by Knitter's Pride at 07:23 No comments: 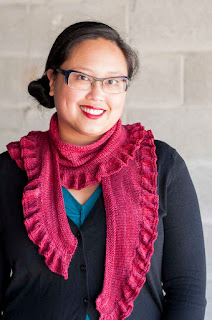 We're excited to announce our first ever KAL, with designer Laura Chau!

Laura Chau Neckwear Knit-A-Long
What: A knit-a-long for any and all of Laura's neckwear patterns! See them all here on Ravelry. And now through the end of July we have a special discount code to save 25%: Use code neckwearKAL15 at checkout!

Where: Join the fun by sharing your photos in the Knitter's Pride Ravelry Group and on Instagram using the hashtag: #kpchauKAL

We'll be giving away lots of great prizes throughout the KAL, and we'll be announcing more about those great prizes on July 24th when we kickoff the KAL! 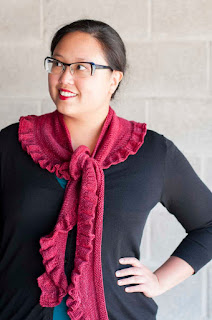 We also have a short interview with Laura to learn more about her new design!

Can you tell us more about your new pattern? What inspired it? What do you love about it?
The original worsted weight Just Enough Ruffles pattern was released in 2008, and it’s by far my most popular pattern! I was really proud to use a shape I hadn’t seen before, a lengthwise crescent shaped with short rows, with patterning along the curved edge. Of course it took a lot of trial and error to come up with the final numbers, but it’s simple to knit, fast, and fun! I’ve taken this opportunity to update the original pattern as well, adding new photos and tips! 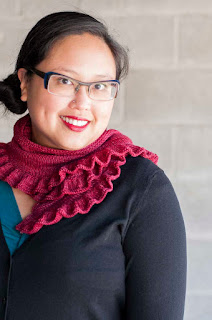 Like the original, this iteration took a few tries. I ripped and re-knit a lot before I settled on the final version. JER Light is also very easy to knit, and the thinner fabric is perfect for spring, summer, and fall. It’s a little more flexible than the worsted weight version, so there are lots of ways to wear it. I’ve also included lots of notes on how to adjust the pattern for even more yarn weights and sizes.

I tend to be quite shy and introverted, and I think there are lots of knitters like me - I really hope this KAL encourages some quieter knitters to come out and chat! 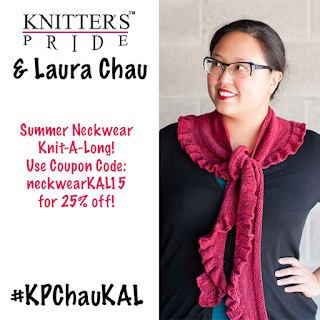 Giveaway
This month we're giving away a Knitter's Pride Nova Platina Cubics Deluxe Needle Set to one lucky person! To enter to win tell us which of Laura's patterns you plan on knitting for the KAL, we'll choose one lucky winner on Friday, July 24th!