Thank you to everyone who submitted a photo to our fall photo contest! We enjoyed seeing what everyone is making with their favorite Knitter's Pride needles, hooks and accessories.

We are pleased to share the winning photos which were randomly selected to win the following prizes: 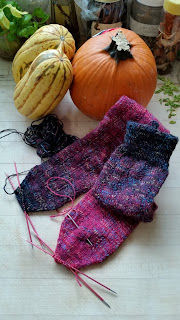 Grand Prize: - C.S. has won a SmartStix Deluxe Interchangeable Set for sharing this photo of their Zing DPNs in action!

Runners-Up: Amanda W. and Samantha A. will receive a SmartStix fixed circular or DPN needle in the size of their choosing.

We will contact all winners via email to arrange for the delivery of their prizes. Don't forget to keep sharing your photos of your fave Knitter's Pride products in action here on Ravelry or on Instagram using the #knitterspride hashtag for your chance to be featured!

Posted by Knitter's Pride at 05:00 No comments: 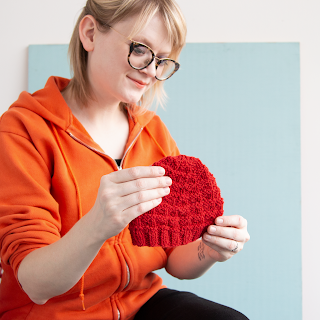 This month, we're pleased to feature Heidi Gustad of Hands Occupied, who shares a FREE baby hat knitting pattern for our Fall/Winter Charity KCAL! Knit one, two or a whole bunch of little hats babies in need; you can contact your local hospital to inquire about current needs and requirements, or send your donations to Wool Aid, where they will be given to those who need them most.

Heidi is a knitting, crochet and crafts Designer and former Librarian. She first learned to knit at age 8 from a grandmother who saw in her a need for something to keep her busy. Her obsession with primary colors and clean lines can be seen throughout her work. You can keep up with her designs and more by following her blog and searching your favorite social network for handsoccupied. Don’t forget to share your finished knits online with #handsoccupied and #kpcharityKCAL.

Keep reading for KAL details, including your chance to win some great prizes from Knitter's Pride! 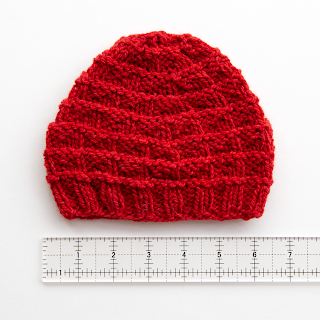 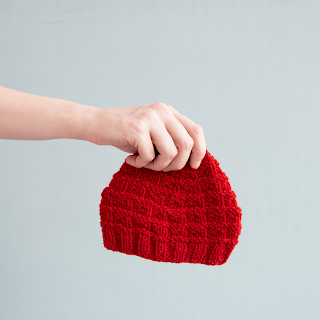 CO 60 sts (or any multiple of 4 sts) using a German twisted cast on for stretch and sturdiness.

Break yarn and draw tail through final loops to secure. Tighten to bind off.

For a PDF version of this pattern, visit handsoccupied.com.

Knit or crochet your favorite baby hat pattern (or use the one on this post!) to donate to your local hospital or those in need via Wool Aid; click here for more ideas on finding places where your handmade hats are needed! 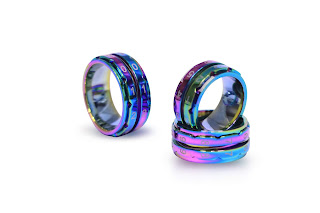 Share your finished hat photos here in our Ravelry group, or post them on Facebook or Instagram using the #KPCharityKCAL hashtag to be entered in our prize drawing: 2 lucky winners will get a Rainbow Row Counter Ring from our new collection!

ANY baby hat finished between November 22, 2019 - January 5, 2020 will be eligible in our prize drawing. We will notify the winners via direct message after January 5. We can't wait to see all of your knitted and crocheted hats! 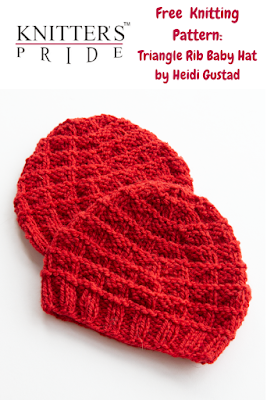 What makes our new SmartStix needles so smart? These specially-designed needles allow you to...

No more searching for a tape measure -  no matter where you are, as long as your needles are in your project, you’ve got a way to measure on the go. Today we’re going to share a few more ways to use SmartStix needles to level up your knitting game!

When you’re casting on, do you run out of yarn before you have all the stitches you need on the needle? Vicki Howell recently shared her tips and tricks for casting on using the SmartStix needles in her Ask Me Mondays series. What it boils down to is this:

See, it’s easy to never run out of yarn on your cast on again!

When you’re swatching, your SmartStix can double as a measuring tape so you can see if you’re getting gauge without any other tools! While the stitches are on the needle, you can check the approximate width of the swatch. Are you hitting the right number of stitches per inch? This can be a little tricky if your yarn blooms with washing and blocking, in which case you’ll need to do that before you measure.

Do you need to knit a swatch of a certain length? Use your needle tip to measure the length of your swatch and see if you’ve knit enough! 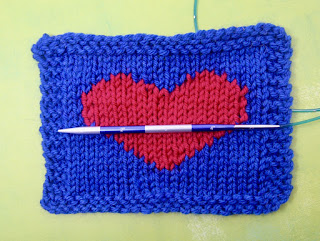 Once you’ve washed and blocked your swatch (and we always recommend that!) you can also use your needle tips and cords to measure how many stitches and rows you’re getting per inch. Simply lay your needle over the swatch in the appropriate direction and get a quick count. No extra tools necessary!

It is a truth universally acknowledged among knitters that no matter how many measuring tapes you have, there’s never one handy when you need it! But have no fear, SmartStix can help you here too! Measuring the length of a brim on a hat or a cuff on a sock? No problem. Pull the needle tip out of the project and give it a quick check. Checking the length of a sleeve? You can use the cable and the needle tip to measure! You’ve already got a handy “measuring tape” the length of your needle. For example, your 24” needle will have 24 - 1” markings. You can use any part of the needle to measure anything you’d like! 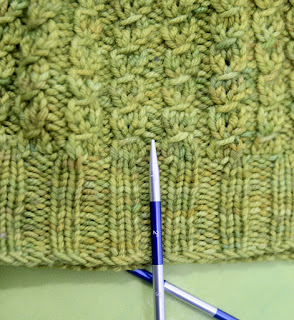 We hope we’ve given you a few tips and tricks to use your SmartStix to level up your knitting game. And if you haven’t tried SmartStix yet, Santa is coming soon! Ask your preferred Knitter's Pride retailer about our 2019 limited edition gift set featuring SmartStix, which you can learn more about in the video below. 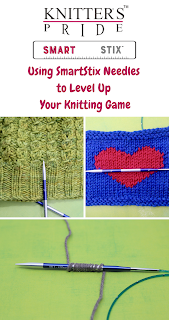 Posted by Knitter's Pride at 05:00 No comments: